Home » Blog » The Stayton Honors Veterans with Display and Ceremony

Monday, Nov. 11 is Veterans Day, observed throughout the nation for honoring veterans who have served in the United States Armed Forces.

The residents at The Stayton at Museum Way also celebrated the day with song performances, a wartime artifact display and a special speaker presentation.

The senior living community has more than 60 residents and team members who served in the U.S. armed forces.

In the community’s lobby, a wartime artifact display, which included uniforms, postcards, hats, helmets, medals, photos, a gas mask and even a swagger stick were arranged in honor of those who served in conflicts as far back as World War II. 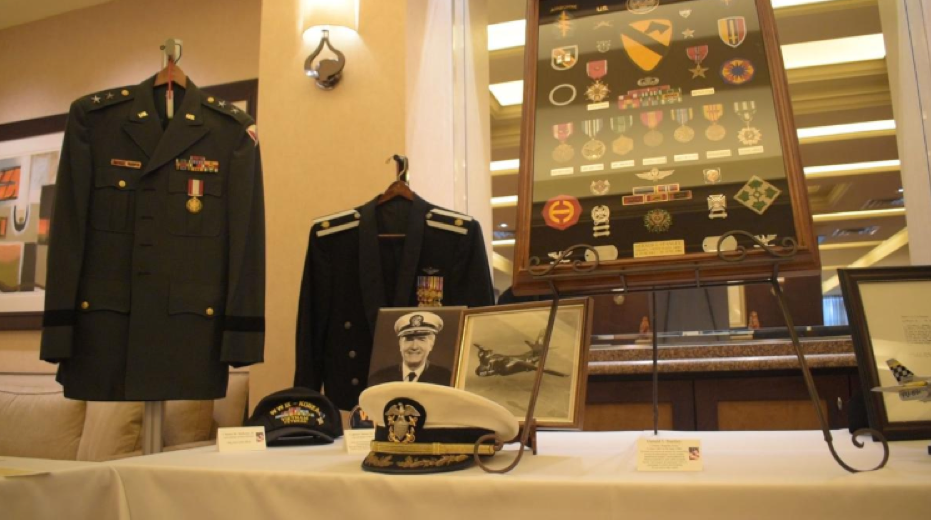 All items were loaned by resident and team member veterans or their spouses.

In his presentation, Bill Arnold, director of strategic projects at Fort Worth Country Day, shared some of his experiences serving in the United States Marine Corps.

He was deployed to Iraq in 2004. Arnold’s commanded a Marine Scout platoon that fought to retake the city of Fallujah.

His platoon conducted more than 400 combat patrols and was involved in more than 70 enemy engagements.

“This experiment in a democracy requires people to give of themselves in the nation’s interest,” Arnold said.

This story has also been featured in the Fort Worth Business Press.